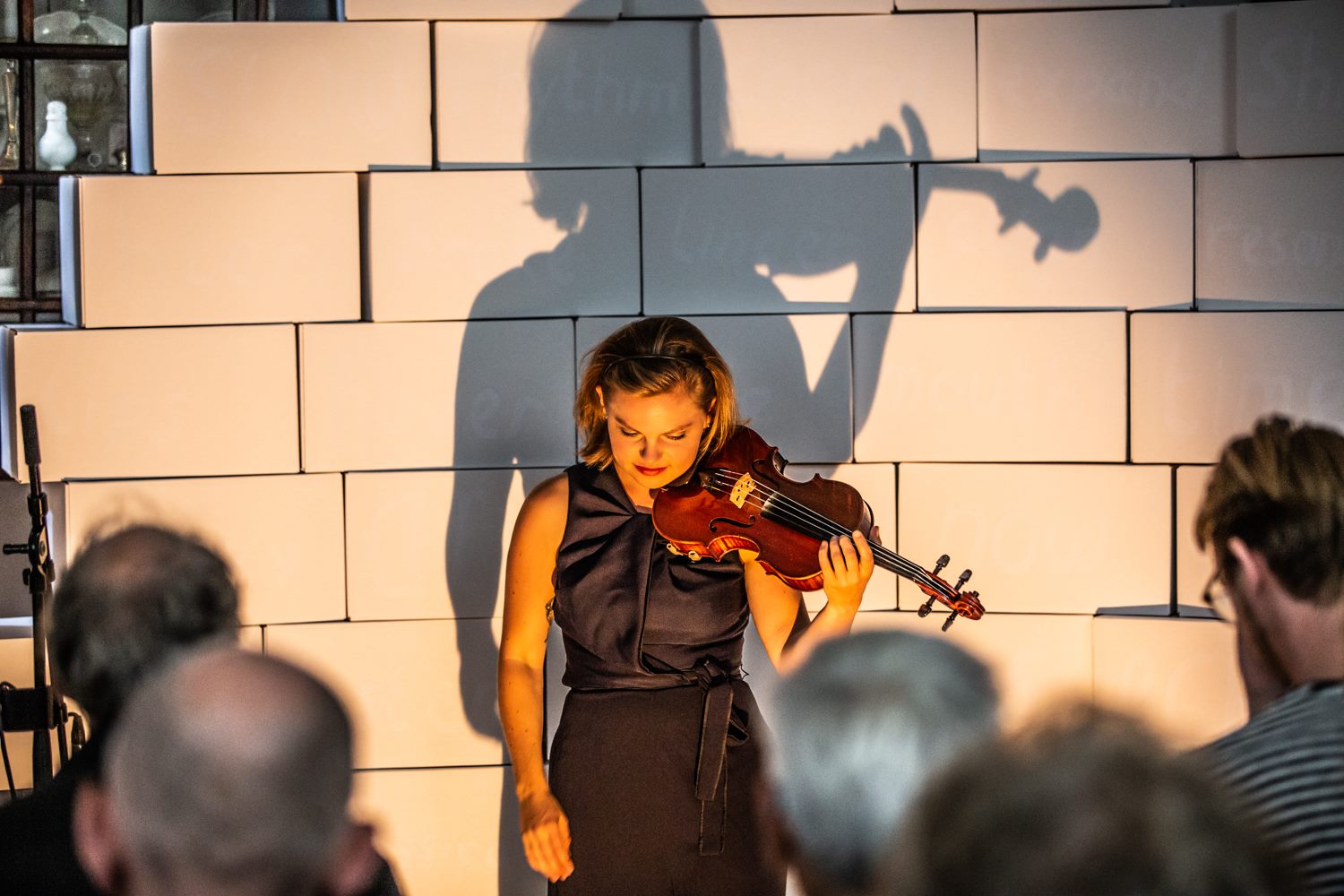 In Ebb, the breath is embedded in the fabric of the music, where the player and instrument are as one, breathing together, from the beginning. What initiates the sound or where the sound is generated is unclear at first.
The structure of the work is underpinned by an adaptation of the poem a word broke written especially for this project by writer and poet Ann Nadge. The poem’s repetition betrays a mysticism: the ebb and flow of the relationship between the voice and violin. Reverberating textures of the violin spread out and expand, providing a cloud of sound for the voice to rest upon or pass through until the entire piece dissipates, inevitably, into breath, then silence.
The echoes of sounds, the repetition of words being the ebb and flow, resound visually in the scenographic concept by means of making a collection of ‘invisible’ words visible through blacklight. 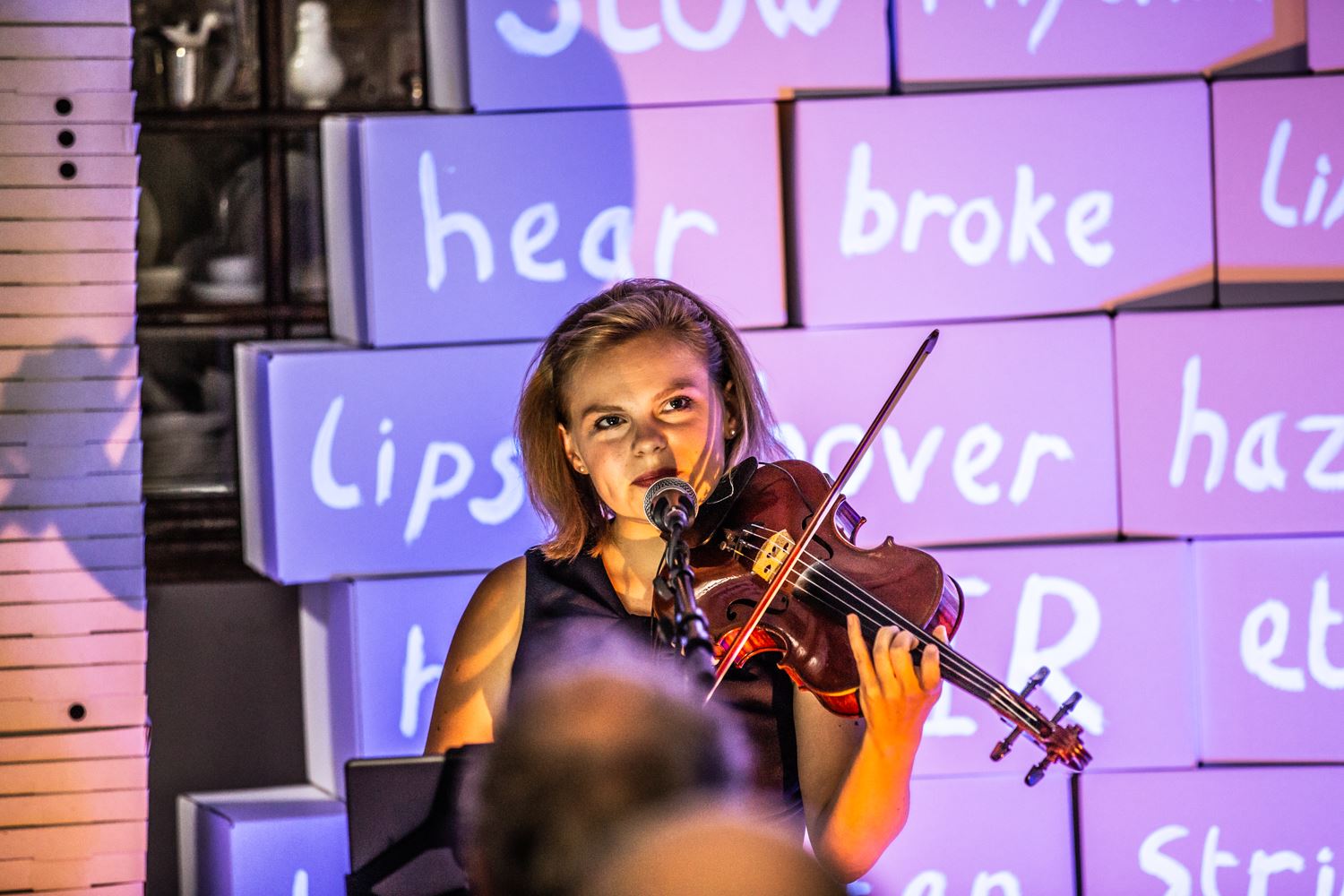 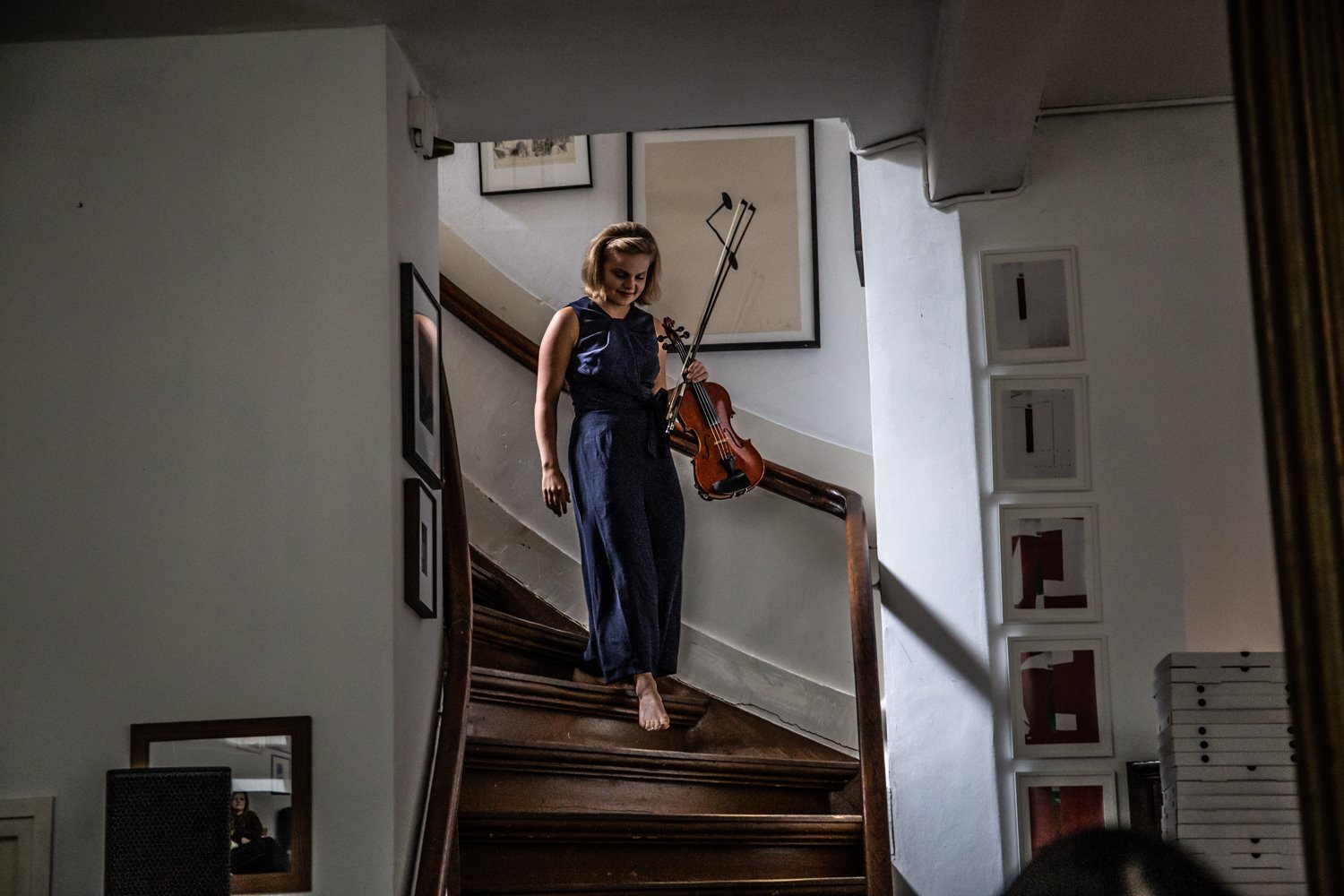 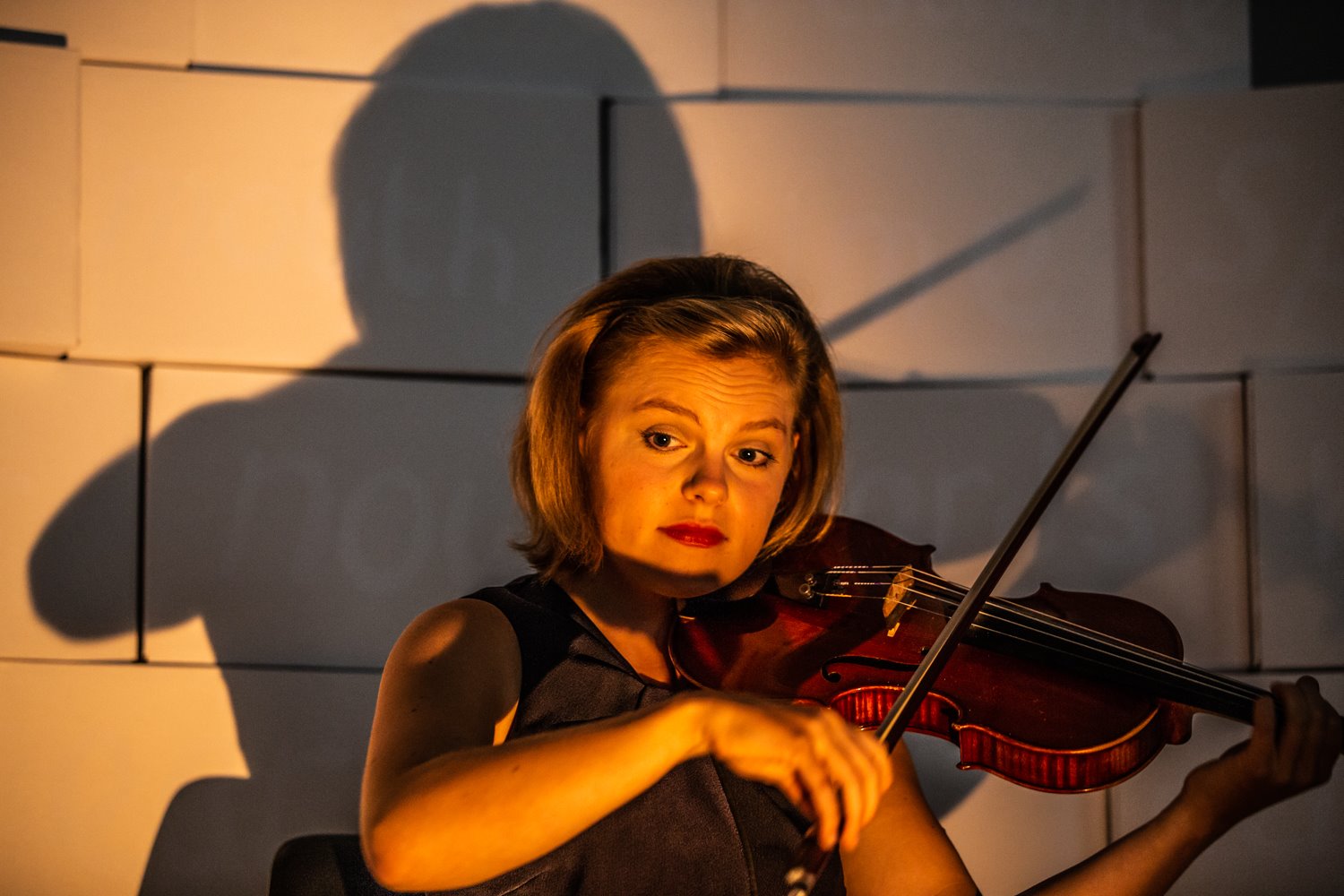